Not long ago we published a quick look into working with the Freefly Systems MoVI M1o. Turns out some of that work has hit the internet as the new Flume music video “Drop the Game” featuring Chet Faker. Take a look here.

Flume for those unfamiliar is a popular DJ/producer with a strong Australian following 765,000+ views in the videos first two weeks. Though flattering write ups like those of Esquire Magazine and NPR certainly bring in new fans.

Our real interest is in the camera work as it is one of the first non Freefly sourced examples of MoVI work out for the public. As we mentioned in our last blog post, this video was shot entirely by the MoVI. No other type of support was used for the camera. Though we cannot agree that the powers that be used the absolute best footage available, some of the shots sing with the freedom we all wanted with the MoVI.

It’s hard to describe the freedom without seeing it first hand. A production gets paired down to bone, and the camera is free. Free to turn 360*. Free to pull away or push in any distance. Free from the arching movements of a jib. Free from the massive space taken up by a telescoping crane. Instant repositioning of the location, even in the middle of a take. Truly liberating for those stuck in place with standard camera support.

What benefits do you see in the MoVI? We’d like to hear your thoughts. 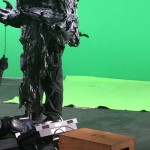 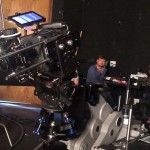 CHOOSE THE ALEXA, MATCH THE LENS 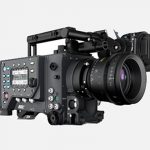 For the month of July and August we want to offer an unbeatable deal at Hollywood Camera for the most reliable and professional camera in the market. Match any ARRI Alexa from our vault with one of our amazing lens sets. Arri Alexa Plus – The ALEXA Plus is known for its exceptional image performance […]
READ MORE →